At the just-concluded "Supernova Challenge" competition at Gitex Future Stars in Dubai, the largest event dedicated to the development of startups in the Middle East, North Africa and South Asia, "Joberty Technologies", a startup from Serbia - won the award as the best in Marketing Technology.

After the great news that already on the first day of the opening of Gitex, the largest technological event in the world featuring also Gitex Future Stars, as many as three startups from Serbia - "Joberty Technologies", "Kredium" and "Deap Blue Sea" – qualified for the semifinals of the “Supernova Challenge” competition at Gitex Future Stars 2021, an even bigger surprise has just arrived!

Joberty Technologies came first among more than 750 of the best startups from around the world and won a $ 4,000 prize.

"We are extremely glad that we presented Serbia in the right way and we will use our result to help our IT community, because it is, indeed, the IT community that put us on the path of success," said Joberty representatives Djordje Vukotić, sales director and Nikola MIjailovic, CEO and founder.

Joberty is a recruitment platform for the IT industry that connects job seekers with technology companies that employ those profiles. They network 30,000 IT professionals and over 600 companies, and the estimated value of the company is $ 3.3 million. They see their chance at GITEX in the fact that Dubai has announced the introduction of 100,000 gold visas for developers worldwide over the next 5 years, which they consider a great potential market for their company.

“In addition to contacts with investors and VC funds, it is very important for us to get acquainted with startups and technology companies from other countries and exchange experiences with them, and the participation at GITEX has made all this possible”, said Nikola Mijailović, founder and CEO of "Joberty Technologies".

For the first time, the Government of the Republic of Serbia presented selected startups from our country at the "GITEX Future Stars 2021", which is now held as part of the GITEX conference:

"Having in mind that the world's largest IT companies, investment funds and investors, traditionally confirm their participation in this global event, this time accompanied by more than 750 startups from 75 countries, which presented themselves to 400 VC funds and investors from more than 30 countries, we consider the appearance of Serbian companies at GITEX and GITEX FUTURE STARS to be an investment in the development of the domestic startup scene and we are very proud of the exceptional result that has been achieved. Congratulations to Joberty on winning the award and I believe that their participation in this conference and today's award is just the first step in conquering the global scene, "said Ana Ilić, Senior Advisor to the Prime Minister and Deputy Commissioner General of Serbia for Expo Dubai 2020.

The startups from Serbia which had also entered the semifinals of the competition and participated In the race for the main prize were: "Deep Blue Sea Studio" with its innovative software IdeaBuddy, which helps you turn an idea into a business and "Kredium", the first digital broker in Serbia.

In addition to them, parts of our team at the competition were also "White Lemur", a biotechnological company for the development of innovative materials based on natural products and fungi, whose product - biosporin can forever free us from the harmful effects of styrofoam on the environment, as its perfect replacement and "Stock Studio" which presented a software solution that integrates a single tool for professional photographers and videographers, while the startup "VLDAM" presented automatic cryptocurrency trading.

Serbia presented itself at GITEX under the brand “Serbia creates tech”, within the wider appearance of the country at "Expo 2020 Dubai" and in addition to startups, the conference is attended by 11 selected companies and institutions: State Data Center, BioSense Institute, Institute for artificial intelligence and eight IT companies (“ZESIUM MOBILE”, “SAGA”, “CodeIT”, “DEVTECH”, “BRAINEERING IT SOLUTIONS”, “QUANTOX”, “TELEGROUP”, “EGZAKTA ADVISORY”).

“This is the first time that Serbia participates in a strategic and organized way in such a major technological event, simultaneously and in coordination with its appearance at EXPO 2020 Dubai. GITEX brings together global leaders from the high-tech industry, startups and innovators who are changing the world and therefore this event represents a great opportunity for Serbia to show its innovations in the field of digital technology and introduce its own experts who stand side by side with experts from the most developed countries. Serbia will conquer the Middle East with its technology”, Ilić points out.

With our comprehensive presentation at Gitex, we will show why we are called "Silicon Valley of the Balkans", how we have become leaders in the field of blockchain technology and a center of highly educated talent, but also why it is important that we have a special Strategy for development of artificial intelligence as one of the very few countries in Europe and the world.

Support for Serbia's participation in GITEX is provided by the Office of the Prime Minister of the Republic of Serbia, Serbian Chamber of Commerce and Industry and the Serbian Development Agency, which will present the advantages and opportunities for investing in our country on a daily basis. 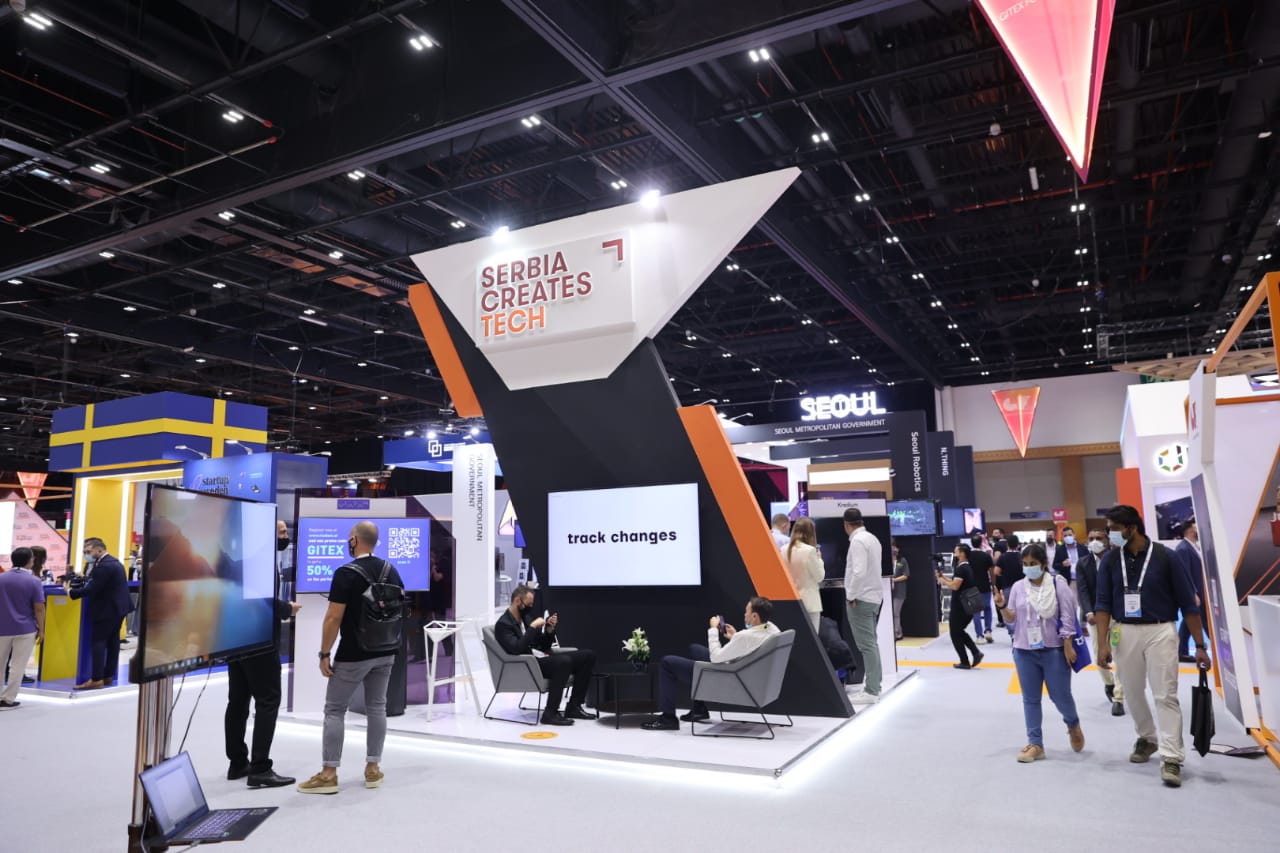 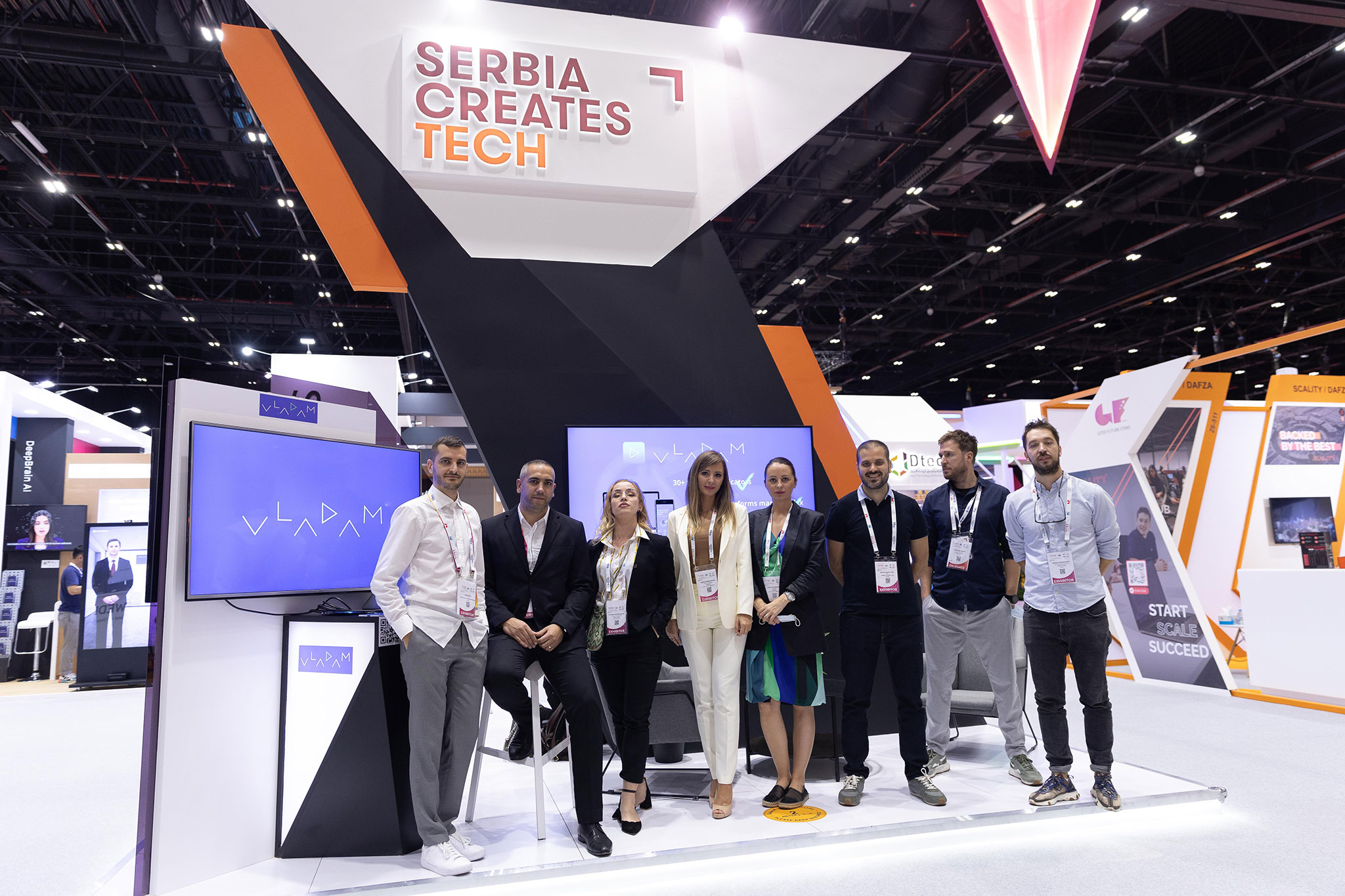