The world premiere of the global innovation of virtual revival of prehistoric man, coming from Serbia, will forever change a large number of industries", states Euronews, which calls Serbia "Silicon Valley of the Balkans", and invites to an exhibition about Tesla and Milanković and to Stefan Milenković’s concert“ 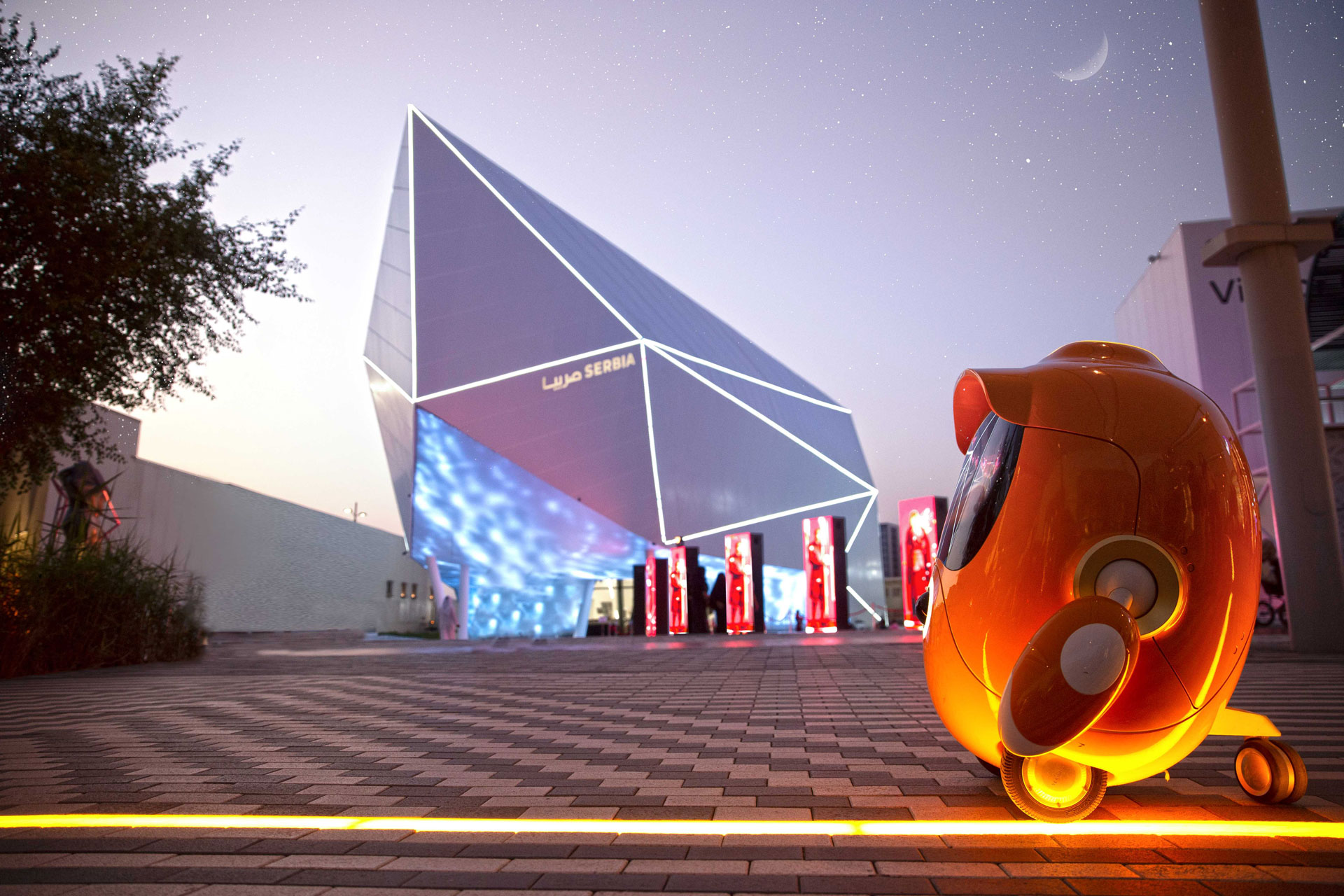 Belgrade, November 28, 2021 - One of the world's leading news channels Euronews published an extensive article in which it states 10 reasons why you should visit the Serbian Pavilion at the World Expo 2020 Dubai, especially highlighting a global innovation - the Serbian science and gaming industry project - virtual revival of prehistoric man from Lepenski vir, through the application of state-of-the-art Methuman Technology.

„For the first time in history, visitors of Serbia’s Pavilion can interact with the authentic, mobile and responsive 3D face of a real and once-living man who died on the banks of the River Danube over 10.000 years ago. Archaeological reconstructions of ancient faces have long been known. Serbian scientists however have taken this science to a new level… They have combined the knowledge gained from the study of bones (osteology) with DNA science and other forensic processes, not only to create an accurate, realistic 3D face of a man who died 10.000 years ago, but to animate and “bring it to life” with genuine, responsive facial expressions. Serbian scientists call this Digital Human Technology (DHT)” explains Euronews.

Euronews also quotes our scientist Sofija Stefanović, a physical anthropologist and creative ambassador of the National platform Serbia Creates, based on whose bone analysis a realistic 3D model of the prehistoric man was first made, and then with the help of state-of-the-art Methuman Technology, "revived."

“We use a novel technology called Digital Ancient Human (DAH) which combines a number of different methods to produce a scientifically-based osteobiography of ancient people. The methods include state of the art protocols for bone studies, and we use those data to support physical reconstruction of the face based on skull bones. The reconstructed face is then transferred to the digital biokinetic model which simulates his facial gesticulation, Stefanović explains for Euronews, which then points out that the world premiere of this global innovation, coming from Serbia, will forever change a large number of industries.

Within the organized business program delivered by the Government of the Republic of Serbia in cooperation with the Serbian Chamber of Commerce and the Development Agency of Serbia, so far over 350 business persons have presented their businesses in Dubai, and over 1000 meetings have been held. Many business deals have been struck - 10 binding contracts have been concluded during the first month and countless opportunities have been opened for the future.

We are preparing for 4 more investment conferences, dedicated to specific sectors that have great potential for attracting new investments.

"It is exceptionally important for us to spread a word globally about Serbia as a modern country, where ideas are conceived that will change the whole world. We have so much to offer the world, especially when it comes to the creative industries, science, innovation, and we are already participating in solving the global challenges of humanity. This is proof that the world recognizes our efforts. Promoting our country and building a positive image are some of the most important reasons for our participation in the World's Fair. And now, it turns out that we are very successful in doing so and that after a lot of media attention in the Emirates, we have now gained the attention of the world public", says Ana Ilić, Senior Advisor to the Prime Minister of Serbia for Creative Industries and Tourism and Deputy Commissioner General for Expo Dubai 2020.

Euronews highlights creative ideas and innovations that the public can get acquainted with as the main reasons why visitors from all over the world should visit the Serbian Pavilion – the news channel speaks about Serbia as the "Silicon Valley of the Balkans", emphasizing the fact that Belgrade is declared one of the most creative cities in the world, and Serbia among the top three destinations for digital nomads. It also promotes our startup ecosystem, which is among the 10 most developed in the world in the categories of blockchain, gaming and talent availability, then the country's leading position in Europe in foreign direct investment, the center of excellence for ICT solutions in agriculture, e-government efficiency and our outstanding contribution to development of artificial intelligence.

Readers of the most influential European portal are invited to visit the performances of Serbian artists on the Expo stages in the coming period - Goran Bregović, Slobodan Trkulja, Stefan Milenković, but also to virtually enter the "DJ box" and "perform" with David Guetta at the Exit Festival. In addition, readers are invited to get to know the achievements of the 7,000-year-old Vinča culture, Serbian greats who indebted humanity such as Nikola Tesla, Mihajlo Pupin, Milutin Milanković, but also to explore the greatest treasures of our national museums, technological innovations and tourist offer we present at Expo 2020.