During almost six months of appearance at the World Expo 2020 Dubai, Serbia has made more than 10,000 business contacts and become a topic of world media thanks to scientific work and innovations

Monday, March 21, 2022. As the last days of the World Expo 2020 Dubai, the first one held in the Arab world, expire, the Pavilion of the Republic of Serbia welcomed the millionth visitor.

Her name is Sally and she comes from Egypt, and she could not hide how excited she was for being the jubilee visitor of our Pavilion: "I am glad that I am the millionth visitor of the Serbian Pavilion, I really like the way you presented your culture and innovations and I have certainly become interested in visiting your country in the future, which I will certainly do."

At the magnificent Expo 2020, Serbia won over the world and the world media public with achievements and innovations primarily in the sectors of creative industries, state-of-the-art technologies and cutting-edge science, presenting itself for the first time at this event under the modern brand of the national platform Serbia Creates. We presented our economic, technological, innovative, investment and tourist potentials in the best possible way. From the revival of prehistoric man, to the presentation of the first gaming village, the strategy for artificial intelligence, top VR technology, unforgettable concerts, attractive meetings that connected us to all corners of the world.

""We have broken the records of previous appearances of Serbia at world exhibitions and set new standards for our international presentation in the world. Every visitor of our Pavilion left with a picture of modern and innovative Serbia, many world media wrote about us, we created a new image of Serbia and justified the reasons why the organizers of the Expo see us as leaders in creative industries and innovations which the Serbian Government has systematically supported over the last few years ", says Ana Ilić, senior advisor to the Prime Minister of Serbia for creative industries and tourism and who leads the team of the platform Serbia creates.

Within the business program implemented by the Government of Serbia, the Serbian Chamber of Commerce and the Serbian Development Agency, during 9 thematic weeks in Dubai, more than 1,200 businessmen from our country made over 10,000 business contacts with potential partners from some 100-odd countries.

Five investment conferences were held, which gathered over 400 investors from all over the world; more than 40 contracts and pre-contracts were signed, and more than 20 companies from Serbia are preparing to start their businesses in the United Arab Emirates and elsewhere in Middle East.

Serbia's appearance at the Expo was marked by numerous innovations, which became the talk of the world:

For the first time in front of the eyes of the world, a prehistoric man who lived in Lepenski vir 10,000 years ago was virtually revived. Numerous world media wrote about this revolutionary project of Serbian scientist Sofija Stefanović and gaming company "3lateral" from Novi Sad (part of Epic games), which was realized using the unique MetaHuman technology developed in Serbia.

“SILICON VALLEY OF THE BALKANS”

Our country is also called a nursery of IT talents, a leader in creating blockchain and fintech technologies, digitalization… Serbia is one of the few countries in the world that has a Strategy for the Development of Artificial Intelligence, and the Institute for Artificial Intelligence, the network of Science and Technology Parks and the future creative and innovative multifunctional center "Ložionica" were also presented at the exhibition.”

Serbia, as a proud host of the European Center of Excellence for ICT solutions in agriculture, presented a digital garden and a new vision of the future of agriculture, in which sensors mounted on robots (symbolically named "Lala" and "Sosa") designed by "Biosens" from Novi Sad, can detect the condition of the plant and help it grow better.

At the competition "Supernova Challenge" within Gitex Future Stars in Dubai, the largest event dedicated to the development of startups in the Middle East, North Africa and South Asia, the startup from Serbia - "Joberty Technologies" won the award as the best in the Marketing Technology category. And this was achieved in the competition of 750 best startups from around the world.

The greatest talents of Serbia were presented through a rich creative music program and, in line with the theme "Inspired by the past, shaping the future" they presented Serbian music and tradition in a completely new and modern way. Among them were Stefan Milenković and Nele Karajlić, Slobodan Trkulja, DJ Satori, maestro Petar Marić…

The World Expo 2020 Dubai has so far welcomed 20 million visitors, and 192 countries have participated in it. Expo Dubai closes its gates on March 31, after 6 months of exhibiting the world's greatest achievements. 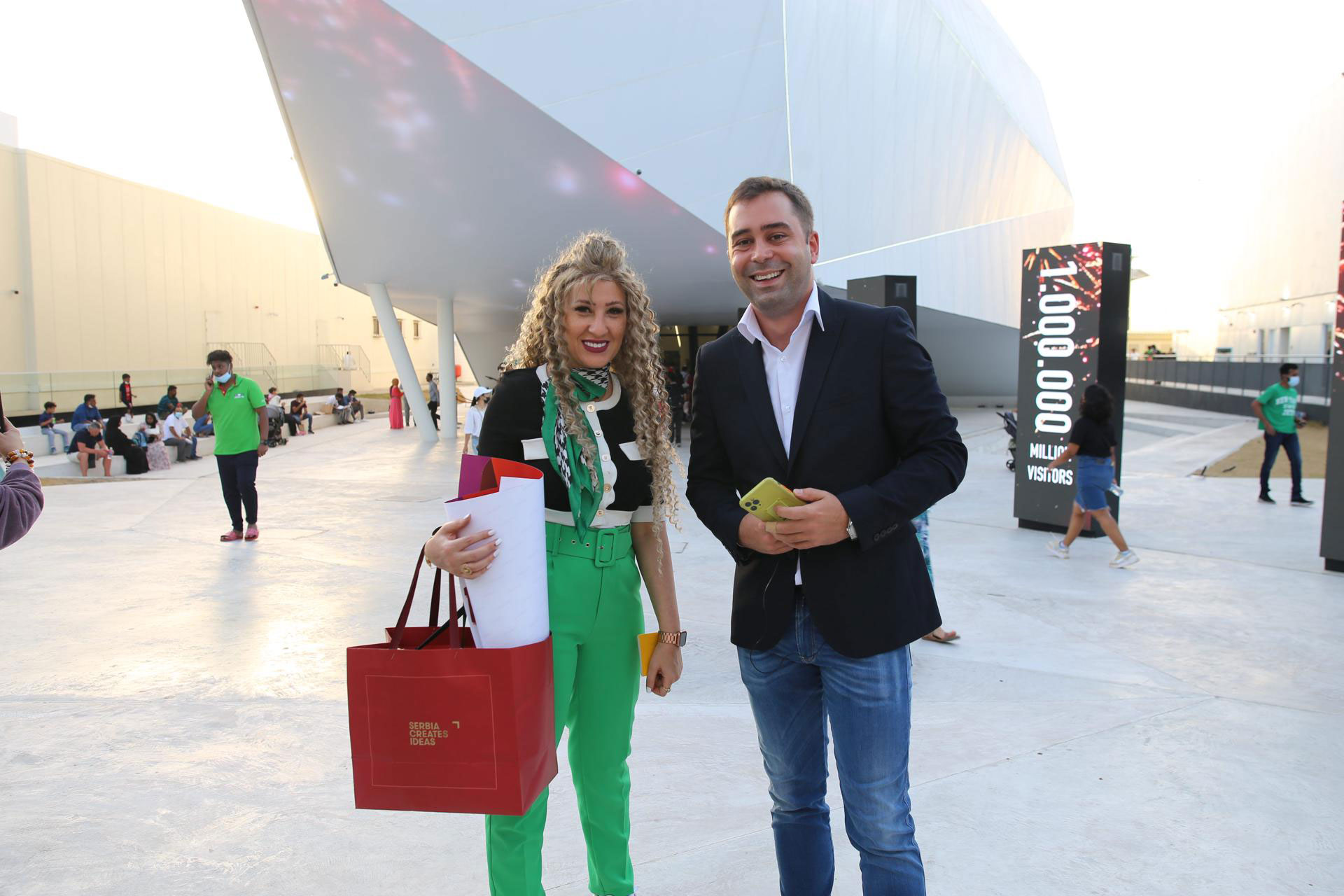 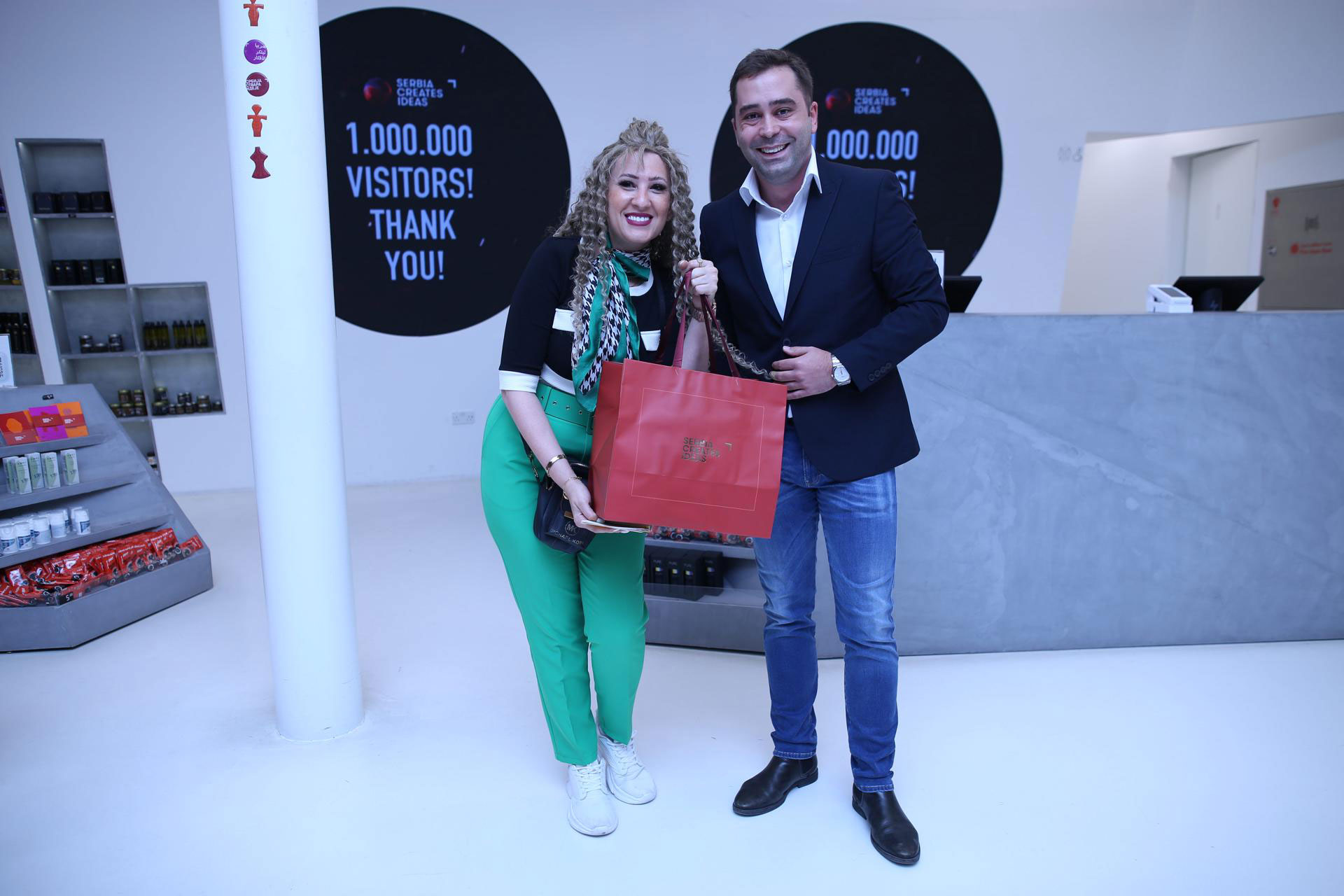