WORLD INNOVATION FROM SERBIA AT DUBAI EXPO 2020 - IN THE VIRTUAL WORLD, SERBIA REVIVES A MAN FROM LEPENSKI VIR FROM 10,000 YEARS AGO 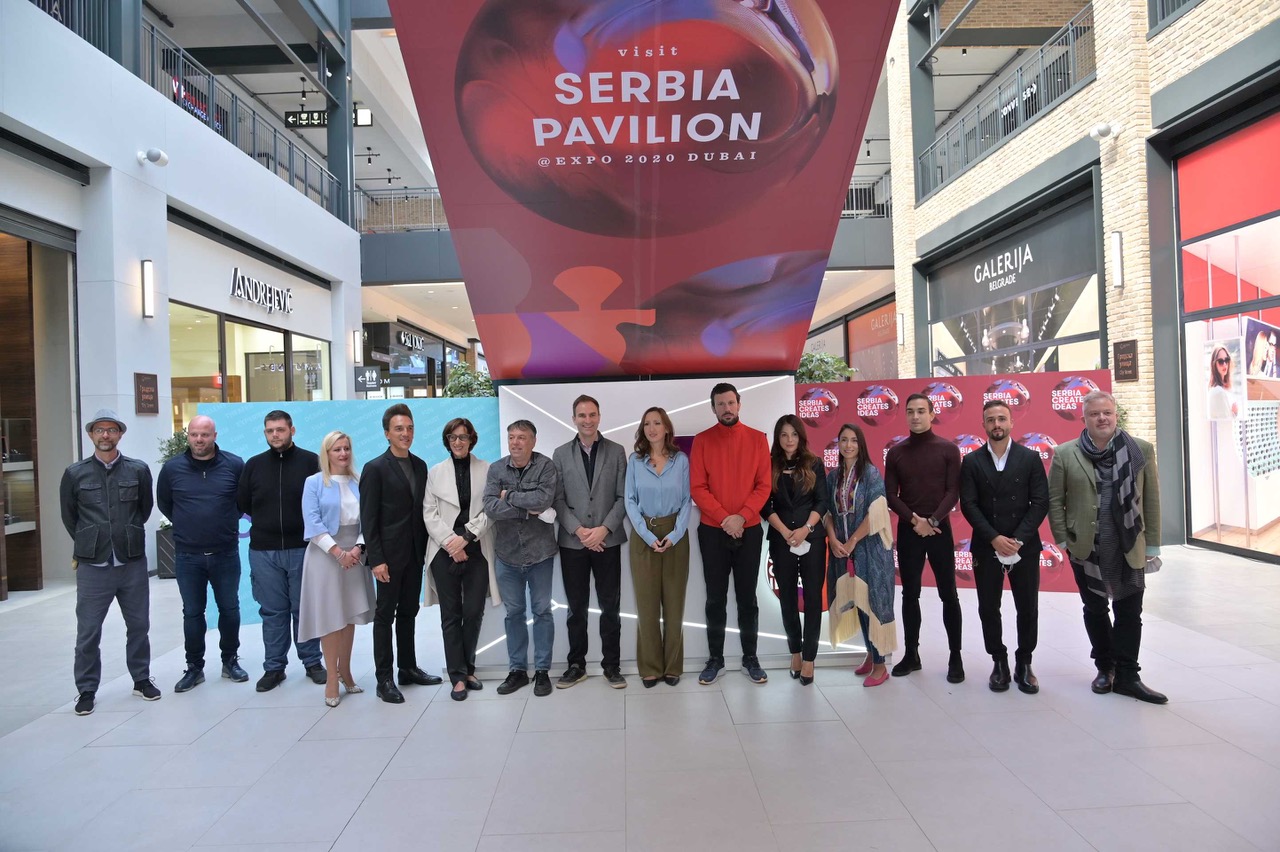 Thursday, 23 September 2021 - At the biggest planetary event in history, "Dubai EXPO 2020", Serbia will present its prominent artists, creatives and innovators. With the help of virtual reality it will show the world what our greatest minds have left to humanity - Nikola Tesla, Milutin Milanković, Mihajalo Pupin, it will unvail the greatest treasures of Serbian culture, and a special attraction will be the sensational revival, in virtual reality, of a man from Lepenski vir who lived 10,000 years ago.

For the first time, we will show the world a phenomenal innovation, which is the result of a somewhat unexpected cooperation of our scientist Sofija Stefanović with world-class domestic experts in the gaming industry. Namely, for the first time ever, with the help of state-of-the-art metahuman technology and artificial intelligence, we will bring back to life in the virtual world a man who lived in Lepenski vir 10,000 years ago.

Through an attractive and original program of Serbia’s appearance which, in the course of six months, will include more than 150 different events, both at the Pavilion and at some of the Expo venues - our top artists, performers, musicians and creative people will have the opportunity to introduce themselves to the world and present Serbia as its best creative ambassadors.

The rich music program will be dominated by our talented artists, who are already recognized on the global art scene: Stefan Milenković, Slobodan Trkulja and Balkanopolis, Goran Bregović, Nele Karajlić in an innovative music project realized in cooperation with Milenković, including world-class musicians: Nenad Vasilić, Lena Kovačević, jazz artist Aleksandra Denda, bands Eyot and Naked, actress and singer Jelena Gavrilović, choreographer and ballet artist Igor Pastor, costume designer Ivana Vasić English, Petar Marić, as an eight-time world champion of electric accordion, a dance group of talented children who world champion in formations and many others. All this will be realized with the great support of our two national temples of culture - the National Museum and the National Theater in Belgrade.

Our country will present itself at the World Exhibition in Dubai under the modern brand of the national platform “Serbia Creates”, and the theme of the presentation is - "Serbia creates ideas: inspired by the past, shaping the future.”

Traditional elements will certainly not take a back seat at the Expo, as we will introduce visitors to the Serbian embroidery and handicrafts especially designed for this occasion, in cooperation with the Ethno Network of Serbia, and the magnificent Ensemble “Kolo” will offer a different and never before seen performance that unites Serbian tradition and the idea of modern Serbia.

What is interesting is that at the entrance to the Pavilion we will be greeted by a replica of one of the last discovered Vinča sculptures, made by Aleksandar Bunčić, assistant professor at the Academy of Arts in Novi Sad, while the complete appearance of this artefact can also be seen with the help of modern technology, as one more example of the unique combination of our ancient Vinča culture and modern creativity.

Ana Ilić, Senior Advisor to the Prime Minister of Serbia and Deputy Commissioner General of Serbia for "Expo Dubai 2020", who addressed the conference, reminded of the long tradition of our country's appearance at World Exhibitions (the first appearance was 136 years ago in Belgium) and pointed out the importance of participating in this global event:

"During this period, Dubai will undoubtedly be the center of the world. That is why it is important that we use this unique opportunity and present the best of what modern Serbia has in full capacity. It is time to show the world why Belgrade has been named one of the 5 most creative cities in the world - why EXPO has recognized Serbia as a leader in creative industries and innovation - and why we are called "Silicon Valley of the Balkans" - which is a synonym for advanced IT sector and top talent. That is why the World Exhibition in Dubai is an opportunity to send a strong message to the world about the potentials of modern and innovative Serbia, about the possibilities for realizing new businesses and for further deepening of excellent political and economic ties”, said Ilic.

The inspiration for Serbia's appearance at Expo 2020 Dubai lies in the 7,000-year-old Vinča culture. And just as Vinca represented the center of ideas and creations of the Neolithic, so does the Pavilion of Serbia today - with its architecture resembling the sloping roof of Vinča buildings - presenting the future of humanity, centered on digitalization, artificial intelligence and virtual reality.

The conference was also addressed by Lazar Bodroža, creative director of Serbia's presentation at "Expo 2020 Dubai", who pointed out that a special challenge was to read Neolithic culture from a futuristic key: "The main elements of the visual identity of our presentation are inspired by the melting of metal that happened for the first time in history in the region of Vinča."

Slobodan Trkulja emphasized the importance of presenting Serbian creative minds and innovators on the world stage: "I have had the opportunity to perform at world exhibitions before, but this is the first time that Serbia, in addition to music, presents a complete creative industry, through the national platform Serbia Creates, which actually falls within the domain of cultural diplomacy.

The central place in the appearance of Serbia at the World Exhibition in Dubai is occupied by an architecturally impressive pavilion of 2,000 m2. The pavilion will be fully digitalized and will provide the possibility of virtual travel through different realities, different time periods and through different spaces.

Through the aesthetics of our presentation and video and other visual materials, we position ourselves as futurists and visionaries, because with our innovations in many areas we are facing the future and instead of keeping up with the world only, we are occasionally among the leaders as well. Serbia has been creating for a long time, now is the time to show it.

The Government of Serbia has also provided free charter flights, in cooperation with Air Serbia, on the route Belgrade-Dubai-Belgrade, during the Expo, which will be available to interested representatives of our business community during precisely defined thematic weeks.