IDEAS ARE NOT CONCEIVED IN ISOLATION 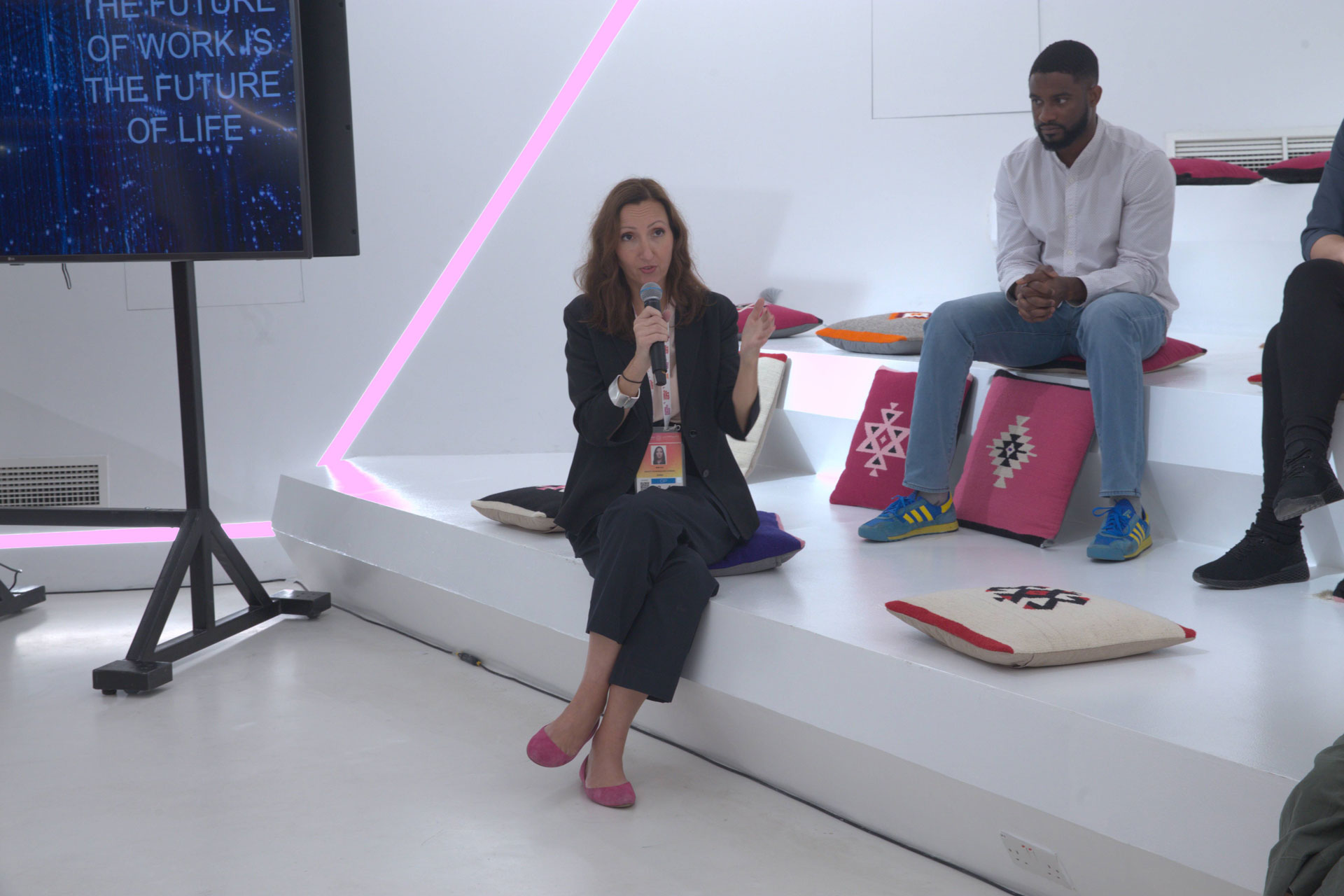 *”The Republic of Serbia has recognized the new needs of the community and new models of work, so Belgrade will soon get its first multifunctional center "Ložionica"

Dubai, November 4, 2021 - Creative and multifunctional co-working spaces are the future models of work, but also the places where ideas are conceived and communities gather, concluded the panel "Rethinking spatial planning - the era of hybrid work environment”, held at the Pavilion of the Republic of Serbia within the World Exhibition Expo Dubai 2020.

Experts in the field of development of co-living and co-working spaces, from different parts of the world who actively participated in the panel, pointed to the fact that the corona virus pandemic proved that ideas do not arise in isolation. As stated, on the one hand, the need for large offices has been overcome because remote work has proven to be equally effective, while on the other hand, the same work from home has proven unsustainable in encouraging creativity and innovation, when new solutions need to be conceived. Creative work means working and exchanging opinions and ideas in groups of people who encourage each other.

“Creative spaces are becoming new centers of a hybrid model of work, places of origin of ideas, initiation of changes and gathering of communities. Our space was recognized by large companies such as "Google" and "Microsoft" and they decided to offer their employees the opportunity to work part of their working time from our shared space. In addition, the German government has recognized the importance of such spaces and has decided to invest in the development of similar spaces across Germany,” said Julianne Becker of Coconut Hub, a shared space for co-living and working in rural Germany.”

This place is interesting because it gathers digital nomads and offers them an inspiring place to work and create in a unique natural - rural environment, away from the city crowds from which they come. "Our doors are wide open to the community we are in, we listen to their needs and try to connect it with our residents, so very often we organize village celebrations and gatherings that we all enjoy," Becker added.

The "Coconut hub", as it was pointed out, is a clear example of how the future brings new models of sustainability for creative spaces, and that one of the key elements of such spaces is multifunctionality and adaptability for the needs of the community. One such, creative-innovative multifunctional center will be formed in Belgrade, in the next two years, through the renovation of the building of the former “Ložionica”.

The project of reconstruction and adaptation of "Ložionica" is part of the strategic commitment of the Government of Serbia and its Prime Minister Ana Brnabić to support the development of innovation and creative ecosystem, favorable for domestic and foreign investments. The sector of creative industries already accounts for more than 7.4 percent of the GDP of Serbia and in only the last six years it has achieved a growth of as much as 60 percent. Investing in such spaces is in line with the strategic umbrella documents of the Government of Serbia, such as the Smart Specialization Strategy, which recognizes creative industries, said Ana Ilić, senior advisor to the Prime Minister of the Republic of Serbia for creative industries and tourism.

The future multipurpose center "Ložionica", as a public-oriented facility, is focused primarily on content in the field of creative industries, innovation and knowledge-based economy and the idea is to transform it into a place of creation and meeting of talents, to become the center of new tendencies with authenticity and creative energy in all forms of creative work. Our wish is for this center to become a landmark of Belgrade, a destination that attracts locals, tourists and digital nomads. The facility was built almost a century ago and provided fuel for the engines of the Second Industrial Revolution - railways, iron and steel industry, while it will now be converted to propel the engines of the 4th Industrial Revolution - creativity, innovation and knowledge. A century after its creation, it will become the city's epicenter of excellence and a dynamic meeting place for talents, innovators and creatives - such as Serbia and the region have not had before. The state recognized the importance of such facilities, new needs of the community, creative people and new models of work, so it completed many infrastructure projects, science and technology parks, the State Data Center, and "Ložionica" will be the crown, epicenter of creative industries, creativity and innovation”, Ilić pointed out.

The panel especially emphasized the importance of the reconstruction of cultural and industrial heritage sites/structures and their adaptation into sustainable centers for talented people and innovators, as we can already see in Spain, the Netherlands, Portugal, Germany, Belgium, Denmark… In Lisbon, for example, in 2008, in lieu of an abandoned textile factory, a new creative hub "LX Factory" began to appear, which is today one of the main features of the capital of Portugal.

"LX Factory is a perfect example of how the industrial heritage of 1846 can be turned into a multifunctional space intended for local creatives but also tourists who are increasingly coming to this rediscovered part of the city," said Daniela Marzavan.

Daniela's mission is to spread the seeds of co-working around the world and share the impression that all people share the same fear and mistrust towards new concepts and leaving their own comfort zone, but that the pandemic has also brought something good, and that is a chance to re-examine our beliefs: " People should be encouraged to spread and share their ideas, among each other, and not to hide them from each other, because that is exactly the way ideas grow and get upgraded. "Finally, she tells us:" Never miss a good crisis.”

It is not just the spaces that need to change in order to meet the need of individuals or teams for new places where they can create, the panelists pointed out. States and big cities need to think strategically about the future and accept new trends that will enable a better quality of life for citizens. One of such concepts is the concept of “15-minute cities", which was presented by Cate Maiolini from London.

“This concept puts people at the center of urban transformation by proposing a strategic approach to the decentralization of urban areas and enabling people to perform daily activities within a 15-minute radius of their place of residence. Multifunctional spaces will play a key role in that setting, and in addition to being convenient for the residents, they will also enable the reduction of traffic jams, air pollution and a comprehensive improvement of the quality of life in those cities," said Majolini. 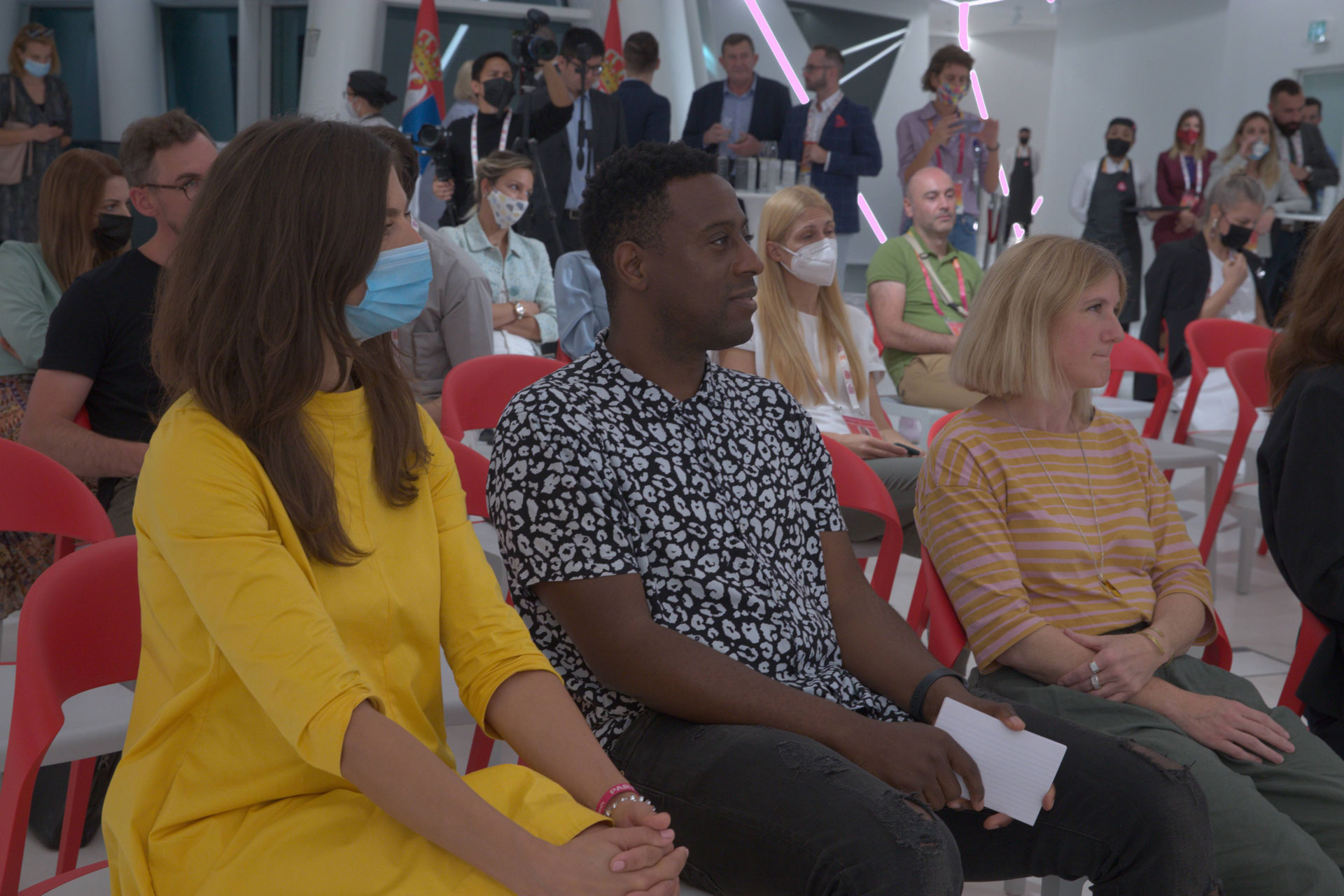 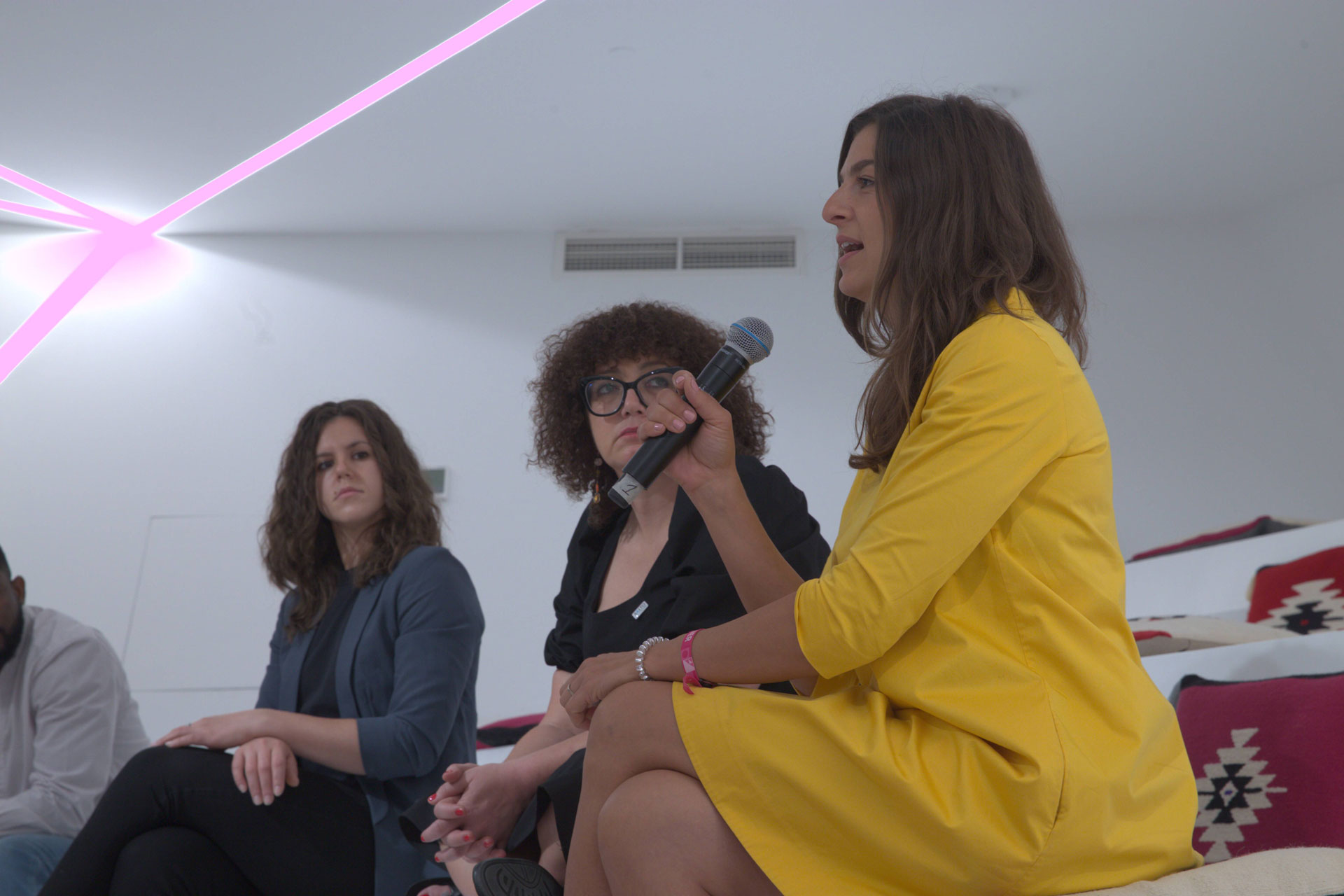 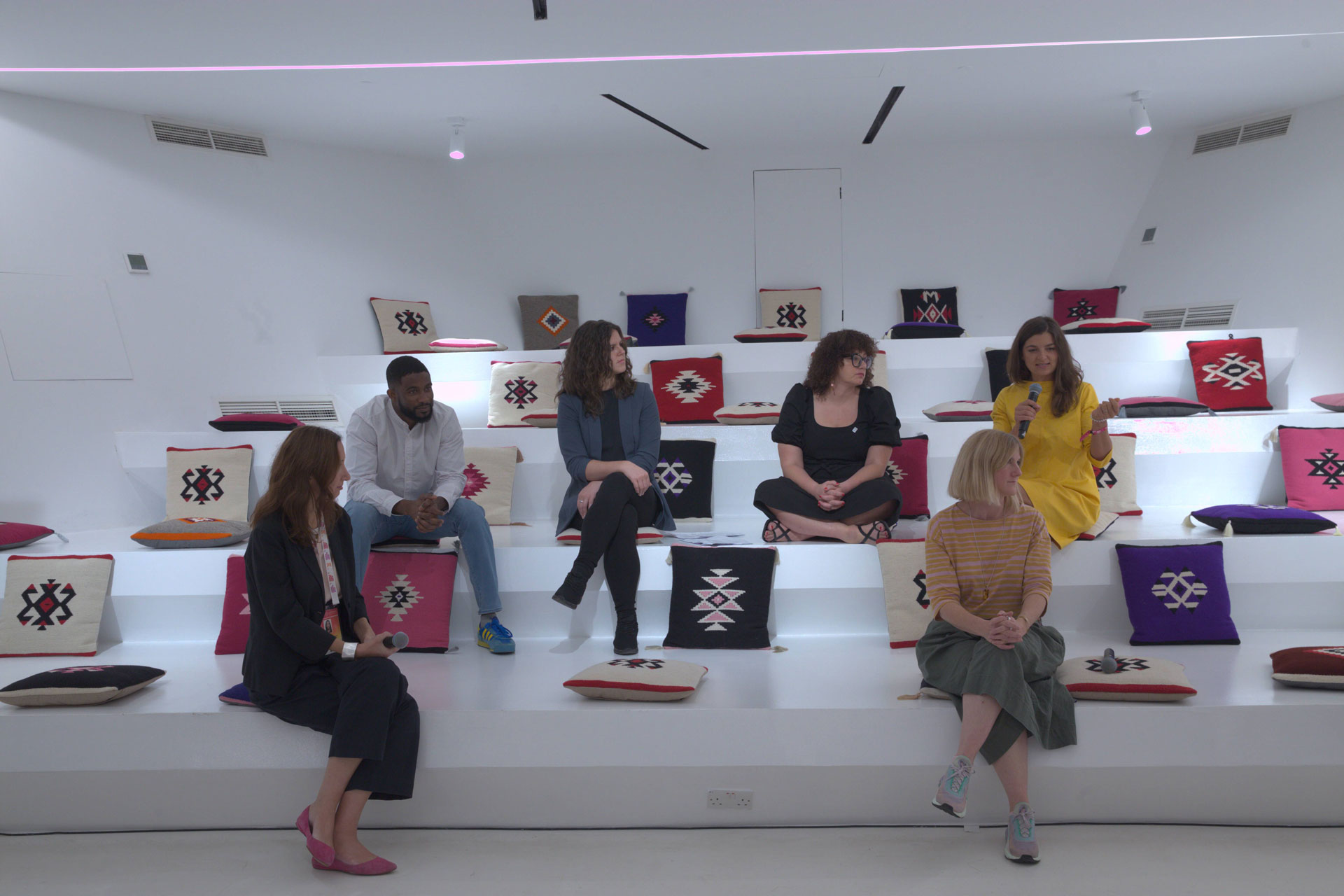