WORLD PREMIERE OF INNOVATION FROM SERBIA

BE AMONG THE FIRST EVER TO MEET METAHUMAN, A PREHISTORIC MAN, who lived 10,000 years ago!

IS IT POSSIBLE TO “REVIVE” PEOPLE FROM PREHISTORY? Serbian scientists and innovators have the answer to this question!

On 16 December, in the Pavilion of Serbia at Expo 2020 Dubai, be among the first people in the world to attend the premiere of an innovation from Serbia that connects science and the gaming industry - a virtual revival of a prehistoric man from Lepenski Vir, with the help of state-of-the-art MetaHuman and Unreal Engine technologies.

For the first time in the history of the world, visitors to the Serbian Pavilion will be able to meet and interact with the authentic, moving 3D face of a man who really lived in prehistoric times and died on the banks of the Danube River in Serbia, about 10,000 years ago.

Namely, Serbian scientists combined the knowledge gained by the study of bones (osteology), the science of DNA and other forensic processes with the knowledge of Serbian gaming innovators and their state-of-the-art gaming technology, to create a realistic 3D face of a man who lived ten millennia ago, animate it and breathe life into it. The integration of bone-related data, which Serbian scientists call Digital Human Technology, is combined with the unique MetaHuman technology.

The first Digital Ancient People project is the face of a Mesolithic man whose remains were discovered at the Lepenski Vir site in eastern Serbia, on the banks of the Danube. It has been determined that at the time of death he was about 50 years old, about 178 cm tall, that he weighed 70 kg and ate mainly fish. He was buried in the "lotus" position, which indicates that he played an important role in the community.

Our scientist Sofija Stefanović, a physical anthropologist and creative ambassador of the national platform Serbia creates, based on whose bone analysis a realistic 3D model of the prehistoric man was first made, before a well-known domestic gaming company, using its MetaHuman technology virtually brought him “back to life”, states that this discovery will forever change a large number of industries. 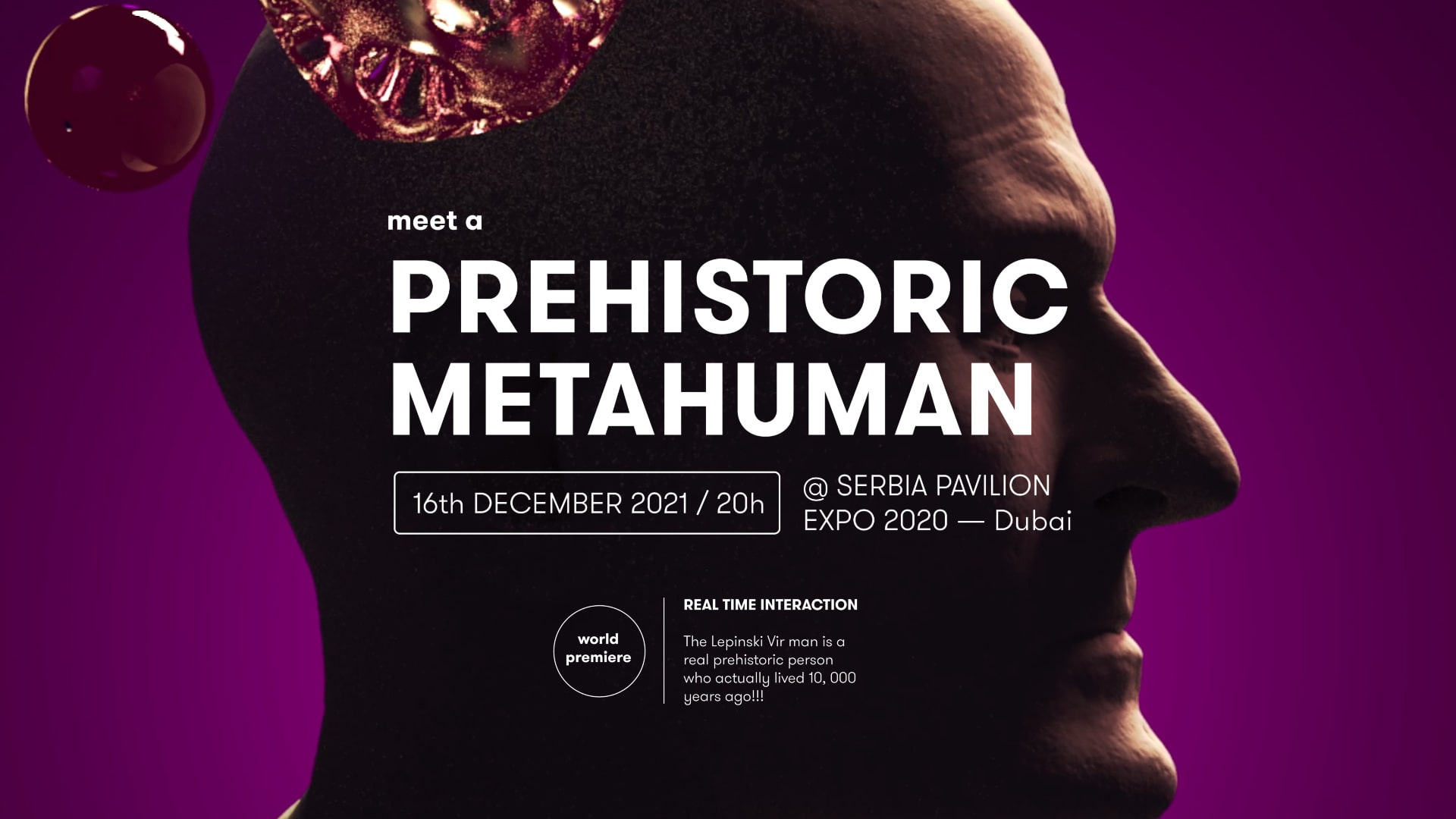